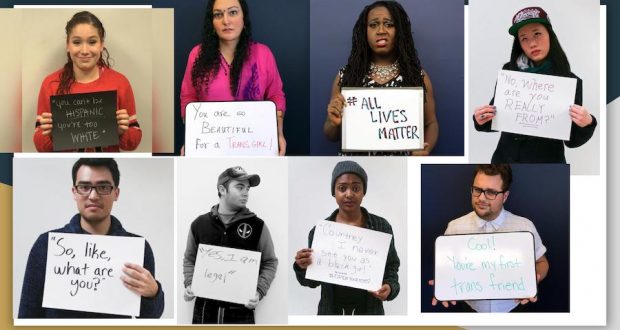 The Covid-19 pandemic has been disproportionately damaging to many communities, but the Latinx and Hispanic communities have been hit particularly hard, not just physically but emotionally. With roughly 27.7% of Covid cases in the U.S. occurring in Hispanic/Latino patients and 18% of Covid-related deaths, the mental health impacts of the pandemic on the Latinx community are striking.

“Right now, our psychological clinics are inundated with people seeking help and needing psychological support because they have been isolated and have experienced loss in numerous forms: loss of friends and family, loss of jobs, loss of structure, loss of the life that they once knew and had,” says Dr. Yessenia Mejía, a clinical psychologist in the Pediatric Psychiatry Department at NewYork-Presbyterian Morgan Stanley Children’s Hospital.

On top of this, they continue to face the unconscious bias that is often directed at the community in the form of microaggressions — subtle, indirect, or often unintentional acts of discrimination against members of marginalized groups such as the Black community, Asian Americans and Pacific Islanders, and those who identify as LGBTQ+. Microaggressions can come in many different shapes and forms.

“Microaggressions can leave people feeling very othered and hurt,” says Mejía, who is also an assistant professor of medical psychology (in psychiatry) at Columbia University Vagelos College of Physicians and Surgeons. “Over time, this can really impact one’s self-esteem, sense of self-worth, and sense of feeling that they belong.”

As part of Hispanic Heritage Month, Mejía spoke about how the unprecedented pandemic coupled with common microaggressions have impacted the mental health of Latinx and Hispanic communities today.

What are some of the common microaggressions faced by the Latinx and Hispanic communities?

Microaggressions can come in many different shapes and forms. For example, a person may get the question “Where are you from?” or “Where were you born?” implying that the U.S. is not their home or they do not belong here. Another common one is assuming that just because someone’s family immigrated here from a Spanish-speaking country, the person speaks Spanish fluently. Such microaggressions also occur within the Latinx and Hispanic communities. It can be in the form of using derogatory nicknames related to someone’s race or characteristics such as their accent. I often hear others say, “Pero no apareces Latinx” (“You don’t look Latinx”). Denying someone’s Latinx identity because they do not fit a certain stereotypical appearance or asking them to prove their Latinx heritage by asking them to “speak Spanish” are other forms of microaggressions in the Latinx community. The colorism [favoring lighter skin over darker skin] that exists, the internalized racism that exists, and the erasure of indigenous and Afro-Caribbean individuals and their history are all examples. We are a very complex and multifaceted group, and microaggressions exist within our community. We need to continually address and bring awareness to those biases today as well. The messages can be confusing and sometimes hurtful.

How do microaggressions show up in the healthcare environment?

It could be as simple as not having a patient intake form or instructions available in Spanish. It could be as subtle as a patient thinking that because they don’t speak English well, they’re going to have to wait for someone else to arrive so that they can be attended to. And if a translator isn’t readily available, Spanish-speaking patients are often told, “I’m sorry, we can’t help you right now. You need to come back another day.” That is truly upsetting because people are not getting the overall healthcare that they need and are left wondering what is going on.

It’s also about access to information. It’s about having the time and the patience to sit with someone, such as having a discussion about getting the Covid vaccine and saying, “Let’s go through all your questions. What are the fears that you have? What are your concerns? How can I ease those concerns? How can I help give you the information that you need in order to make the decision that is right for you?” In these exchanges, “what [people hear] is that they don’t belong,” says Mejía.
Oftentimes, I think in healthcare, we’re not doing enough of that, which leads people to say, “I’d rather not get it” or “I heard from this person that it was not good.” The Latinx community is very close-knit, and they will really listen to their neighbors, their aunts, their uncles, their cousins, their friends of friends. That’s how they’re getting their information. If we take the time to educate one patient, we educate many more in that person’s circle in return.

What has been your personal experience with microaggressions?

As a first-generation American — my parents are Colombian and immigrated here in the 1970s and ’80s, and I was born and raised in New York City — I’ve had to deal with a slew of microaggressions. It wasn’t until I was older when I realized what they were. For example, when I was in graduate school, I was one of the students who had to work while going to school. But I was told that my priorities weren’t correct and that I should quit my job even though I couldn’t afford to quit my job, because if I did, I wouldn’t have a way to eat, ride the subway, or pay for the roof over my head. It’s important not to look the other way when such instances occur.

Other times, I was told that I spoke very eloquently or wrote very clearly. When people meet me for the first time, I’m often asked, “Are you from the U.S.?” or “Where were you born?” Again, there is a lot of insinuation and bias in those types of comments.

How can comments like that impact a person’s mental health?

When someone is confronted with a microaggression, whether it’s subtle, systemic, verbal, or nonverbal, essentially what they’re hearing is that they don’t belong. That something about them based on their race, gender, class, or immigration status is not accepted or “wrong.”

For young people who might not have anyone to talk to about this, it’s even more serious. These microaggressions can get internalized and impact their sense of motivation, their sense of confidence, and their overall well-being. In our child and adolescent psychiatry division at NewYork-Presbyterian Morgan Stanley Children’s Hospital, 70% of our patients identify as Latinx or Hispanic. Part of my work is helping them process these experiences and helping them understand that they’re not wrong to feel the way they feel and to validate that experience for them.

How do younger and older generations in the Latinx community respond to these microaggressions?

There is a big difference generationally. Younger Latinx and Hispanic individuals tend to be much more aware of microaggressions and are quicker to address them. They have more access to education, they understand what microaggressions are, and they are advocating for themselves and speaking up when something isn’t OK. They are more likely to have these conversations with friends, with family, and with co-workers, which is great.

The older generation sometimes struggles to see these microaggressions or to speak up when they are experiencing them. A lot of that has to do with the sociopolitical context of those generations: They were often immigrants who fled countries where they were being persecuted — facing prejudice, racism, and colonialism — and then entered a country where those things continued to exist for them. Because of this, many older people do not address these issues because they may not feel safe enough to do so. For them, that’s their survival mechanism. To that end, how can we help and be better allies for the Latinx and Hispanic communities?

It comes down to advocacy. These communities are often overlooked and aren’t given the time and effort needed to take down these barriers and health disparities. But there are concrete steps that can build allyships and open the lines of communication to build relationships with these communities. That can mean holding town halls in certain communities and schools to address vaccination concerns, how to navigate the educational system for back-to-school season during a pandemic, and linking families with resources to address their psychosocial needs; a doctor saying, “I’m going to take an extra 20 minutes with this patient to really make sure that I’m answering all their questions and concerns”; having patient intake forms in that person’s language; turning to someone who is seeking help and asking, “How can I support you?” How can we problem-solve and make sure that this person gets the care that they need?

Yes, it’s​ uncomfortable to witness and acknowledge when discrimination happens. But it’s about not looking the other way when you see a microaggression taking place. That is how you can be an ally in this work. 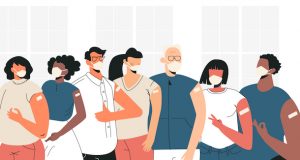 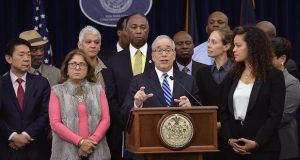 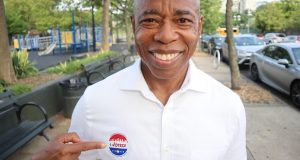