Story and photos by Colby Smith

Linares, who spoke from the upper lounge of the 809 Grill on Dyckman Street, broke the news of his loss in the primary election to his supporters.

“On my way over here,” Linares began at approximately 11:40 p.m., “I called my opponent Adriano Espaillat to congratulate him on his victory.”

But this bad news did not stop Linares from delivering an impassioned speech to his supporters.

“When I started this campaign, I did so mindful of the many challenges we face as a community,” Linares said.

“I still have a commitment to face and overcome those challenges, and I will continue to work hard.”

Linares’ positive outlook breathed life back into the disappointed crowd, whose cheers became louder as his speech went on.

Linares made clear how touched he was by the support, even bringing many volunteer workers, staffers, and city leaders up to stand by his side at the podium.

“I am so proud of this campaign, all of the people who voted on my behalf, and the hundreds of volunteers,” Linares said.

Many of the supporters and volunteers in attendance were eager to point out Linares’ great passion for the people in the community as a key point that drew them to his campaign.

“I thought he was clearly the best person for the job, because I’ve seen the way he gets involved with people,” said Joan Serrano Laufer, a campaign volunteer who had previously worked with Linares when he was a member of the New York City Council from 1992 to 2001.

“I know first-hand how much he cares about people,” Laufer said.

Many other volunteers voiced similar praises of Linares, including Carolyn Murtaugh, who first met Linares during his first term as a City Councilman.

“Guillermo was a councilman at the same time my husband [John Brian Murtaugh] was at the State Assembly, and we quickly formed an alliance,” Murtaugh said.

Murtaugh also described Linares as a candidate who could unite the many races and ethnic groups that populate Northern Manhattan.

“He is very inclusive,” Murtaugh said. “He reaches out to people, makes alliances. With him, people see a united community.”

Indeed, the sense of community of which Murtaugh spoke seemed to be an important issue for everyone in the room, including Linares himself.

“If there’s anything I’ve learned, it’s that we have to work together in unity as communities,” Linares said. “Everything that we have accomplished is because we have come together.”

Linares then introduced his daughter Mayra, who was running to take his seat in the 72nd Assembly District. Mayra began her speech with praise for her father.

“We are standing here because this is a man who knows how to stand,” Mayra said.

When the candidate spoke, the primary results in her race against Gabriela Rosa were too close to call.

“Regardless of where I stand, I will continue to work in this community,” Mayra said.

With tears in her eyes, she went on to thank the supporters and volunteers, as well as he husband and daughter “for having the patience to sacrifice with us.”

In spite of the candidates’ loss, however, the supporters in attendance refused to despair.

“Well, of course, I’m disappointed,” said Fabiola Arellano, a campaign volunteer. “Their hearts are in the right place, and they believe in the people.

But in the end, it’s all about doing what’s right for the people.

I think Linares would improve people’s lives, but you support [the others] because you want the best for the people. Isn’t that what it’s all about?”

As supporters began to leave the 809 Restaurant and Lounge, they could take comfort in the fact that Linares made it clear that his loss will not weaken his resolve to continue to work in service of the Northern Manhattan communities.

“I will make sure we continue to move forward,” Linares said in closing. “We have a lot of work ahead of us.”

Uptown’s own Fashion Night Out 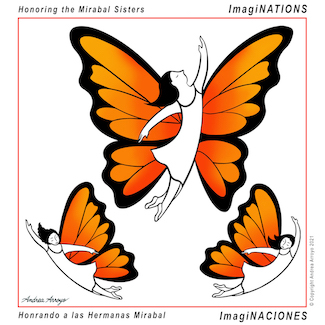