Northern Manhattan elected officials have made a choice.

“We believe this city must take a turn—a right turn,” said State Senator Adriano Espaillat. “We don’t want the same-old, same-old city we’ve seen for the past 20 years with Republican and independent candidates.”

He was joined by Assemblymember Gabriela Rosa, Councilmember Ydanis Rodríguez, District Leader Maria Luna, and numerous supporters at the United Palace Theatre on 175th and Broadway on Mon., Jul. 1st to announce that they would back former City Comptroller William C. Thompson as their candidate for New York City mayor.

The senator explained that education, among other things, was one of the most important issues in northern Manhattan – and a determinative factor in his decision.

Thompson was recently endorsed by the United Federation of Teachers, and had previously served as Board of Education President.

“Bill Thompson has been a lifelong advocate for education, healthcare and affordable housing, all critical issues for my community,” he said. “He’s rolled up his sleeves and led the charge for progressive immigration reform, by proposing the ‘Big Apple-Big Dreams’ initiative to bring our city’s dreamers out of the shadows and ensure they have the opportunity to go to college. That’s the kind of leadership New York City deserves, and that’s why I am proud to support Bill Thompson for Mayor.”

In 2009, Mayor Bloomberg narrowly won the mayoral race with a 4.6 margin over Thompson, though the incumbent outspent Thompson 14 to 1.

“Northern Manhattan supported him big time, and we will come out full force a second time,” said Councilmember Rodríguez.

“I know that in supporting you, Bill, we are supporting our community,” said Assemblymember Rosa.

Despite the crowded field of candidates, Maria Luna, who has been a member of the Democratic National Convention since the 1990’s, feels Thompson is the best candidate for the community. There are now seven candidates running in the Democratic primary.

“I’ve known him since the 1980’s, and we both did civil rights work,” said Luna, recalling their protests against apartheid together.

Enríquez Reyes, a supporter and activist, held a sign behind the elected officials as they spoke, and recalled the 2009 race, in which he had also voted for Thompson.

“It’s been a while that we’ve been thinking about him (as mayor).”

“He would have done more for poor people and Hispanics,” he said of his preferred candidate.

In return, Thompson expressed full-throated support and affection for the community.

“My favorite part about Northern Manhattan is the diversity, and the vitality,” he said. “There is desire, and there is strength [here].”

He also appreciated the unity.

“Mayors who work best work with a team. They lead, but it is with others.”

On his agenda, he said, is creating safe streets, supporting small businesses, strong schools and well-paying jobs for working-class families.

“For too long, our communities have felt shut out and that will end the day I take office,” he said. “The New York City that I lead will be one where all working families can live, work, and raise their families. That’s what our communities want. And that’s what I will deliver.”

Mixing it up at Indian Road Cafe En la mezcla 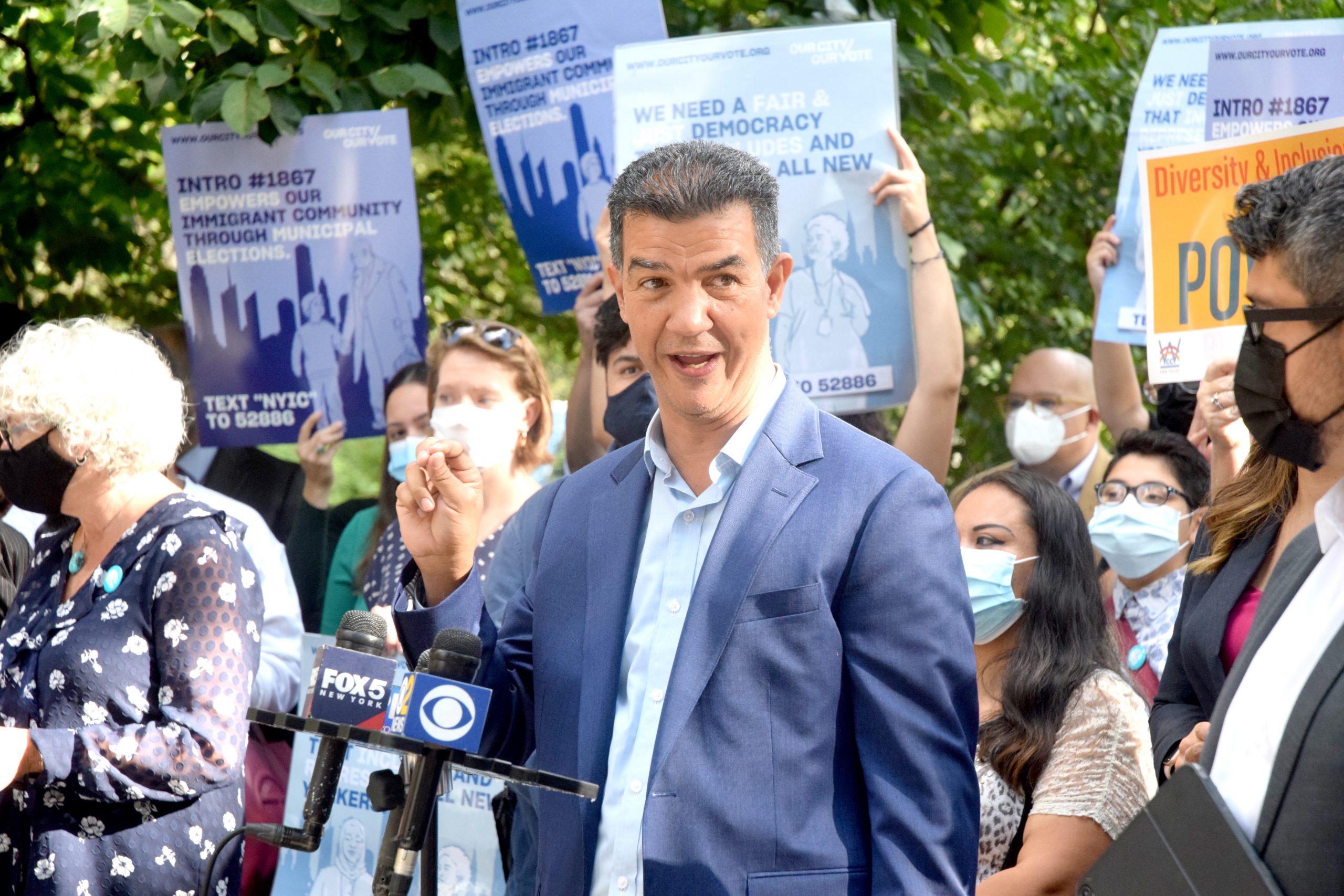