They’ll have to sweat it out somewhere else.

The announcement was first made via email to members over the weekend.

Early on Mon., Oct. 6th, a sign was posted outside the gym stating that the business, which celebrated its 10th anniversary in 2013, was closing its doors effective immediately.

“We apologize for the very short notice,” read the sign. “Circumstances beyond our control are forcing us to take this action at this time. We are making every effort to make reasonable settlements with each and every one of you.”

The announcement came as a shock to many.

Member Jordany Antigua was upset about the lack of notice.

“I just paid my $350 annual fee,” said Antigua. “How could they take people’s money like that and not inform them?”

He added that he had walked by the building the previous night and noticed that office equipment was being moved out of the building and put it in a van.

“I didn’t think anything of it at the time,” he said. “Then, when I tried to visit the gym today, it was closed.”

“I’ve been coming here ten years,” said García. “I have no idea what’s going on.”

He said that he had worked out at J’s the day before.

“They didn’t say anything about closing.”

In a March 2013 Manhattan Times article, owner Jay Hirschhorn explained that everyone was welcome at J’s.

“A lot of people believe you need to be a gym rat for it to work, but we encourage everybody,” he said, urging for a focus on wellness as a long-term pursuit.

“Everyone’s looking for the magic bullet, but if you make a commitment, we’ll help you as much as possible,” said Hirschhorn.

Though the signs posted on Monday stated that the gym would be “making every effort to make reasonable settlements”, both García and Antigua said they had not yet heard from anyone who works for the gym.

An e-mail statement sent to The Manhattan Times on the morning of Tues., Oct. 8th  from Hirschhorn and his partner Claire read as follows: “Jay believes he understands and appreciates the frustration and bitterness many of the members feel. Jay also hopes that the members believe that no one feels worse than himself. It will take many weeks before we can sort this situation out.”

What was clear was that the fitness institution was gone for good.

“No one should expect the gym to re-open.” 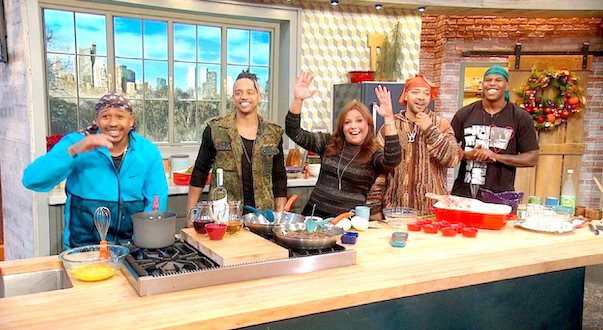