It was a sad week for uptown bookstores.

On the same day that Washington Heights’ Word Up received a termination notice from their landlord, Harlem’s Hue-Man Bookstore and Café announced they would close after a decade in business.

The news made national headlines.

Patrons begged the store’s CEO, Marva Allen, not to close.

Customers called, emailed and tweeted to keep the store open.

“I had no idea of the outpouring of love that we would receive,” Allen said.

The physical store will close, but Allen said Hue-Man will shift into a new type of business that includes pop-up events in Harlem, as well as other cities and countries.

The store will have its first pop-up event on Sept. 6th at the Kalahari Cultural Center on Fifth Ave. and 116th St. with Miami Heat basketball star Dwyane Wade. She is also planning on doing more events in the Caribbean and Ghana.

Allen said she always had an unwavering vision of what her store could be, but a harsh economic reality intruded.

“The industry is going through a tumultuous time,” she said, “and we don’t know where it’s going to land.”

Celebrities, athletes, statesmen and Nobel Prize-winning authors made sure Hue-Man was a stop their publicity tour. Over the years, people such as Harry Belafonte, Bill Cosby, Damon Wayans, Toni Morrison, Bill Clinton, Derrick Bell and Rodney King all have given readings there.

Joarvonia Skipwith, a former publishing executive and patron, said the bookstore made authors of color accessible to the community, and impacted the publishing industry as well.

“The publishing industry has increased their program to make titles available to stores like Hue-Man,” she said.

The industry, however, is in the midst of a tectonic shift.

Before deciding whether or not to renew her lease, Allen drew up two lists: ‘why stay open’ and ‘why close’.

A physical bookstore, she decided, wouldn’t be able to survive an era where people increasingly order books online and download them to devices.

“It is extremely difficult to run a bookstore in this economy,” said L’Heureux Lewis-McCoy, a professor of Sociology and Black Studies at City College.

A patron of the store since it opened, he said its presence is significant.

“There were so many different options and offerings. You could expose a student to Frederick Douglass or books on Hip Hop. Hue-Man was a space that had both,” he said.

The closing means more than just a loss of physical space. “Sometimes it’s the interaction between people around books that matters,” he said.

“Even though it was the hardest decision I ever made,” Allen said, “I think we can serve them better in the long run by being able to move into a newer model.”

While patrons are hoping Allen is right, they say they’ll still hanker for the book store on Frederick Douglass Blvd. that served them so well.

“This is a wonderful store,” said Skipwith, “I‘ll miss it.”

To hear from Marva Allen on the “hardest decision” she’s ever made, and others speak about their experience with Hue-Man, please visit http://bit.ly/MT_44. 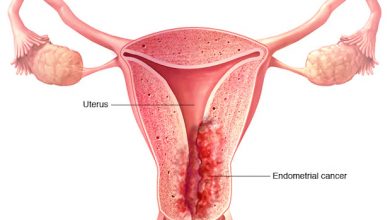