Where other stores and bodegas have not quite made the cut, Mi México Mini Market has risen above.

Much discussion is often had about the benefits of healthy foods and the importance of a well-rounded diet, yet, in communities where these healthier food items are scarce, poor eating habits too often remain the norm.

‎In low-income city neighborhoods, such as East Harlem and the South Bronx, there are documented “food deserts,” ‎long stretches in which it is virtually impossible to find fresh produce.

Many bodega and deli owners in these neighborhoods are seeking to reverse the trend, and have expanded their stock of healthy items.‎

In East Harlem, for example, Mi México Mini Market’s shelves and bins are filled with abundant, colorful fresh vegetables and fruits and other healthy items.

The store is one of over a thousand that have participated in Shop Healthy NYC, an initiative established in 2005 to promote the sale of healthy wares such as whole grain products, low-fat dairy products, and low-salt, no-sugar-added canned products.

Shop Healthy NYC targets low-income neighborhoods. Initially launched in East and Central Harlem, the South Bronx, and Central Brooklyn, in 2013 the scope of the program extended to include Hunts Point, Mott Haven and Longwood in the Bronx.

In ‎the 10029 zip code, 61 of the 120 local food stores have participated in the Healthy Shop NYC initiative, but only 21 have met its criteria.

Mi México Mini Market, located at 172 East 104‎th Street, has made the cut.

On October 7th, the store, in operation since 2005, was awarded official recognition from State Senator José Serrano for setting a good example for the community and fostering healthy eating habits.

“I feel fortunate they chose this store from so many others,” said co-owner Eloina Escamilla. She said that before issuing the decision, city officials had visited the store on several occasions. “We sell a lot of healthy products.”‎

Her cousin and co-owner, Tino Sánchez, said that providing such products was a critical service for residents of El Barrio.‎

“This truly is something that people need. They need to eat healthy foods, and stop eating sugar, salt and fat,” said Sánchez, adding that, as an owner of a food market, he felt it was a professional responsibility to foster healthy eating habits. “We have to teach the community how to eat properly. We are trying to implement healthy products.”

Rene Escamilla, also a co-owner at the store, observed that the display of products could greatly influence consumers’ decisions. To have the most positive impact on shoppers, he said, the most nutritious items at the market were purposely placed right at the store’s entrance.‎

“All the healthy items are in plain sight,” said Rene.

The fruits and vegetables, for example, are outside on the street and are the first items shoppers encounter. The nuts, dried fruits, cereal bars, whole wheat grains, and other healthy items can be found immediately upon setting foot inside.

At first glance, ‎snack chips are nowhere to be seen. Shoppers, explained Rene, have to walk a little farther to find them. Although the owners say they cannot quite daunt the enthusiasm of younger consumers, who seek out the junk food in any corner of the store, the strategy has worked for the most part.

Many shoppers, he said, opted for the healthier fare.

La’Shawn Brown-Dudley, Acting Assistant Commissioner of the East and Central Harlem District Public Health Office, said the issue was, at heart, about parity. “There’s no reason why a child on the Upper East Side has greater access to nutritious foods than a child living in East Harlem,” said Brown-Dudley. “More often than not, communities of color are faced with too few options for foods like fruits and vegetables while being targeted by marketing for junk food or sugar sweetened beverages.”

As a direct result of a poor diet, added Brown-Dudley, considerably higher numbers of residents in East Harlem are affected by chronic diseases, such as diabetes, hypertension and obesity.

She noted that 1 in 8 adults in El Barrio suffers from diabetes.

Senator Serrano agreed that there was a correlation.

“So many in our community are suffering from chronic illnesses,” he remarked, praising Mi México Mini Market for setting an example for other bodegas in the community. “Respect for the community is what this store is showing.”‎

Brown-Dudley said that the marker’s efforts represented a step forward.

“Our efforts are paying off,” she said. “And more needs to be done.”

Elmer Medina knows well both the dangers and rewards associated with nutrition choices.

A few years ago, he was diagnosed with pre-diabetes and was prescribed medication.

But, after drastically changing his food intake, his health has improved.

Every morning, he said, he prepares his own breakfast, which consists of a glass of water with lemon, followed by a smoothie containing a variety of fruits and vegetables- many of which he buys at Mi México. 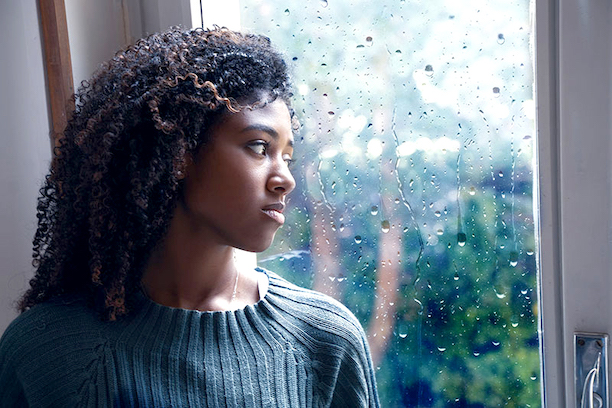 “They have something to hide”
Tienen algo que esconder”