If he were just a little bit taller, Angel Bajana would be a linebacker for the Giants.

When he does his weight lifting routine at J’s Big Gym, Bajana’s sleeveless shirt puts his muscles, and the breadth of his shoulders, on full display.

He was not always this ripped.

His father bought him gym membership after Bajana went through a tough break-up.

It is easy for Bajana to laugh at his former self.

He is now a professional personal trainer.

And while he works at a different gym, Bajana still comes to J’s Big Gym because it is, in his words, “more hard-core.”

In the expansive weight room on the second floor of J’s Big Gym, other men with bulging necks and huge arm muscles seemed to be at war with the iron they are lifting and pulling, their faces contorted into expressions of agony and triumph.

This is no boys-only club, however.

Monique Cruz was also in the weight room.

Surrounded though she might be by massive men, she was not intimidated.

On the contrary, Cruz explained that she enjoyed weight lifting, which she took up eight months ago – perhaps at the behest of her partner Bajana.

“You get faster results when you weight lift. You also feel tougher about yourself, and more confident. It’s empowering,” said Cruz, while sporting a work-out glow.

Cruz joined J’s Big Gym over a year and a half ago, and did not need the start of the new year to compel her.

“It’s my forever resolution,” she said.

Though most members of J’s Big Gym are from around the neighborhood, Cruz travels from Harlem to get here.

“It’s the only gym that has a raw environment,” she said. “It’s not fluffy.”

And there seems to be little that J’s Big Gym doesn’t offer. There is a repertoire of classes, including yoga, aero-boxing classes, kickboxing classes and Zumba classes.

In fact, there are 36 classes a week, all included in the price of membership.

The classes are offered on the first floor, which is also lined with cardiovascular exercise machines and weight-lifting machines.

People of all ages work on the treadmill, the bicycle, the elliptical machine and the stairmaster. There are bright display signs throughout the gym, in English and Spanish that point up what machines work which muscle groups.

Sometimes he takes a yoga class or a stretching class.

He is spry, and makes aging look like a cakewalk.

Pristner has been going to J’s Big Gym for years.

“I have belonged to lots of gyms, but this is my longest gym membership,” he said, as he sauntered over to an elliptical machine.

Roxanne Khamakaev, 68, is another long-time member. In the past, her attendance was sporadic, but she recently resolved to come every day, for an hour at most.

“I don’t want to get too crazy,” she said with a chuckle as she rode the bicycle.

The bicycle is one of her favorite machines, as is the Stairmaster.

“I feel fantastic,” said Khamakaev, who is originally from Russia.

Khamakaev and her friends used to get their nails done at a salon a floor below J’s Big Gym, and eventually made the journey upstairs and into better fitness.

“I did a lot of exercise in Russia,” she said. “Then I studied medicine, got my degree. I didn’t have time to exercise, and got very big.”

Now Khamakaev makes time, and is glad to have a gym just a few blocks away from her apartment, and appreciates the environment: “[People] here are respectful and very polite.”

Many members are quick to attribute the encouraging and welcoming culture at J’s directly to its management, and its owner.

“A lot of people believe you need to be a gym rat for it to work, but we encourage everybody,” said Jay Hirschhorn, the manager and founder of J’s Big Gym.

As for those looking for a quick fix, Hirschhorn counsels patience.

“Unfortunately, everyone’s looking for the magic bullet,” he smiled, “but if you make a commitment, we’ll help you as much as possible.”

HIrschhorn said his trainers are always willing to offer a hand, and the staff is not afraid to push new members into fulfilling their commitment to themselves.

New members who do not show up at least three times a week in their first month will receive calls from the gym about their attendance.

Getting people fit is not just HIrschhorn’s work; it’s his passion. 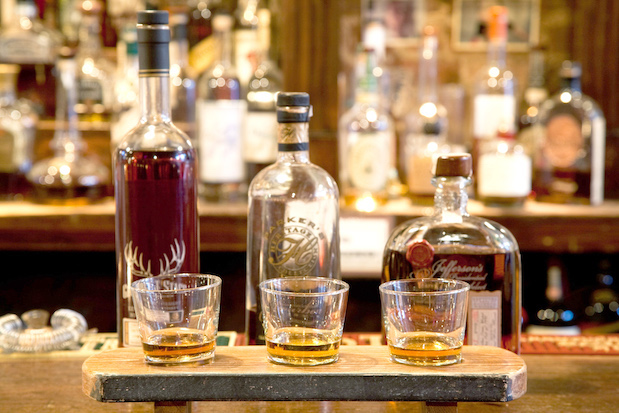 Dyckman gets a do over Dyckman se renueva