Giving up to gain

She was “Signed, Sealed, Delivered”.

Public Advocate Letitia “Tish” James, known for targeting excess and surplus in government, was ready to make some sacrifices herself – for her health.

James spoke to attendees who gathered for the First Educational Public Health Awareness Summit, held at her offices on Centre Street on Tues., Feb. 3rd.

The event, organized by James, the managed care organization WellCare, and city agencies, was held to coincide with Black History Month, in an effort to raise awareness on wellness and the need to combat diseases that disproportionately affect people of African descent.

“This is the first summit,” said Joiel Ray-Alexander, WellCare Manager of Marketing Outreach. “The diseases we are highlighting are those more prevalent in the black community, sickle cell disease, multiple sclerosis and lupus.”

“WellCare’s mission is to improve the health and quality of life for seniors, low-income children and families,” added John Burke, WellCare President, in a statement. “Preventive measures have the potential to save lives.”

“When we talk about black history, we need to include the history of our health,” said Dr. Michelle Davis, Regional Health Administrator of the U.S. Department of Health and Human Services. “If we all educate ourselves, we can be a healthier population.”

Studies demonstrate that minorities are at greater risk for heart disease, and debilitating diseases such as sickle cell anemia, multiple sclerosis, and lupus.

The event provided multiple health screenings – and plenty of dance music, including Stevie Wonder, which prompted James to look to lead by example, and start moving to one of his iconic songs.

Beyond exercise, she also underscored the importance of a healthy diet, warning against processed and chemically laden food products, such as fast food. Local green markets across the city accept food stamps, making fresh produce more accessible, she noted.

James also spoke about public hospitals, many of which are at risk of closure.

“My office has been active in the fight to keep hospitals open,” said James. She argued that the closures disproportionately affect African Americans and other minorities.

“Healthcare services are being threatened in communities where they are most needed,” she said. “Healthcare equity matters.”

“The disease is global,” he said. “It was only a matter of time that it would spill across the ocean, and it did.” He urged attendees made aware that Ebola is not a problem limited to West Africa, but one that should concern the international community.

“There is a general feeling that if one could intervene early, more people can be saved.”

Among those who turned out for the first summit was Edith Jenkins.

Jenkins is diabetic, and makes certain to follow a healthy regimen keenly.

Nearby, Joan Weston, who has arrhythmia and diabetes, said she also keeps active, and visits her doctor twice a year.

“My health is good,” she said.

Milk on the move Movimiento materno

Pow-wow in the park 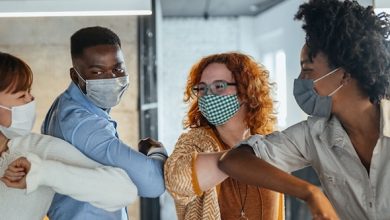