“Helpless” was the word she used to describe how she felt.

Melanie’s 3-year-old son suffers from asthma, and at the beginning of this year, she had to take him to the emergency room at Mount Sinai Hospital after a particularly serious bout of coughing. Doctors gave him higher doses of Albuterol, a medication to open the air passages in his lungs, which he would sometimes take through a nebulizer, a device that administers medicine through a gas mask.

But this time, he wasn’t improving.

“Nothing was working at that point. You want to do more, but you don’t know what to do,” said Melanie, 29, who asked not to be identified to protect her son’s privacy. Eventually, after doctors administered Albuterol and steroids every couple of hours, his condition stabilized and he was able to go home. But Melanie had to keep using the nebulizer for five days.

Sometimes, the little boy resisted. “It was torture for me to force him to use it,” his mother said. “He was so little and the machine scared him. It was heartbreaking.”

Although research and community efforts have increased awareness of how to manage the illness and its triggers, East Harlem has the highest rate of asthma hospitalization in Manhattan, and ranks second highest for asthma-related emergency department visits, according to 2010 data from the New York City Department of Health and Mental Hygiene.

The most alarming figures concern young children. City data shows asthma hospitalization in East Harlem for children under 4 was 152.6 per 10,000, more than twice the overall city rate for the same age group.

The exact causes of asthma are not completely understood, but most researchers say a combination of environmental and genetic factors trigger the illness.

What is known is that low-income communities have a high prevalence of asthma, said Roger Hayes, Assistant Commissioner for the Department of Health’s district public health office in Harlem. Median household income in East Harlem is $30,900, the lowest in Manhattan, according to data collected by the Association for Neighborhood and Housing Development, a nonprofit housing group. East Harlem also has the second highest poverty rate in Manhattan, at 29.3 percent.

Both statistics place East Harlem among the city’s 20 poorest neighborhoods.

Indoor air pollution is a major factor in East Harlem, where children spend much of their time at home and can be exposed to allergens and irritants. “Pests, second-hand smoking and mold, I would say these are the three major triggers,” Hayes said.

Matthew Perzanowski, a professor at the Columbia University Mailman School of Public Health, who studies how allergen exposure can lead to asthma, explained that in low-income, urban neighborhoods, residents are more exposed to risk factors such as high air pollution and to potential allergens including cockroaches, mice and rats. Together, they can increase the risk for developing asthma.

One of Perzanowski’s studies found that high exposure to cockroaches combined with combustion byproducts in the air increases the likelihood that a child will develop an allergy to cockroaches, “one of the strongest risk factors to developing asthma,” he said. The nearby Upper East Side, with similar outdoor air pollution levels, has much lower asthma rates, Perzanowski said.

Perzanowski also noted that hospitalization rates reflect access to health care. In low-income communities such as East Harlem, where many residents lack health care, the illness can worsen without proper management, leading to more hospital trips.

All New York City children have access to free or low-cost health insurance, but Luz Claudio, a professor of preventive medicine at Mount Sinai Hospital who researches asthma, said her studies found that children in East Harlem didn’t have sufficient access to medicines that prevent airway disease and asthma attacks.

Reducing indoor air pollution is the main focus at the Little Sisters of the Assumption Family Health Service, an East Harlem community organization. Its asthma program offers free home assessments for asthma sufferers and will remove allergens that trigger symptoms. The organization also trains parents to identify asthma triggers so that they can control their children’s illness.

Melanie, whose son is in the Little Sisters’ asthma program, said the staff helped her seal cracks and holes where roaches and mice could enter and taught her to eliminate pests.

City data shows 31.4 percent of East Harlem households have three or more “maintenance deficiencies,” the highest proportion in Manhattan, including rodent infestation, water leaks, cracks or holes in walls, floors and ceilings and lack of heating.

“You can’t just treat someone within a health care facility,” López said. In home visits, “you can see the context much better than the doctor’s office.”

The program is currently tracking every client’s health history, including how many school days a child has missed and the number of emergency room visits, hoping to build a case for having home visitations covered by health insurance, López said. The Little Sisters home visit program currently relies on federal and foundation grants.

Genetic factors may also contribute to the high asthma rate in East Harlem. Studies have found a gene that increases asthma risk is more commonly found among Latinos and African-Americans than other ethnicities, Perzanowski said. A recent city Department of Health report, citing 2009 data, noted that one in five Hispanic children in the city, and one in six black children, have been diagnosed with asthma. East Harlem has high populations of both ethnicities: 2010 census data shows that the northern part of the neighborhood is 35.5 percent African-American and 52.7 percent Hispanic, while the southern part is 24.6 percent African-American and 47.5 percent Hispanic.

Asthma is typically diagnosed in childhood, and in most cases, symptoms will go away as the child grows older. But for some, the illness persists into adulthood.

Melanie’s doctor told her her son’s asthma may go away, or it may not. “It’s frustrating. I feel helpless, like I can’t do anything about it,” she said.

Melanie, who has lived in East Harlem all her life, never had breathing problems growing up. Her son, an only child, is the first in the family to have asthma. He carries an inhaler in his backpack and has been doing well so far, but the coughing worsens in winter.

“People tell me it will go away as he gets older,” she said. “I hope it does.”

Perzanowski’s latest study will investigate how allergens such as cockroaches, mold, and dust mites contribute to asthma’s persistence. Researchers are following 350 7- to 8-year-olds from several neighborhoods for three years.

Over the years, asthma hospitalization has fallen in East Harlem, according to data compiled by the Furman Center for Real Estate and Urban Policy at New York University. Perzanowski says that parents and doctors can better manage the illness to prevent symptoms from worsening, and know more about how to use medication.

Commissioner Hayes agrees that new medication marks “a huge advance for asthma.” The East Harlem Asthma Center of Excellence, a city Department of Health office opened in 2008 to assist kids most at risk for asthma, has a counseling program to show families how to monitor and control the illness, and also holds workshops in local schools. It has served more than 1,000 local children, Hayes said.

The Green Wellness Initiative of New York has discovered an air purification technology developed by NASA to combat asthma, which it distributes. Green Wellness President Randolph Catholic says a home unit dispenses hydrogen peroxide that kills microbes and removes pollutants, but is harmless to humans.

The group has submitted a proposal to the city of Mt. Vernon, in Westchester County, to study the technology’s possible health benefits for asthmatics.

Spreading the gospel of health 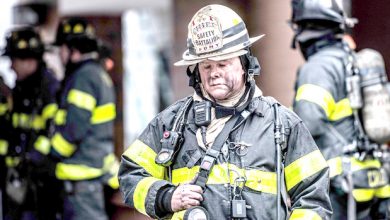