The five-story buildings held six and nine residential units, respectively. At the ground level of 1644 Park Avenue stood Spanish Christian Church Inc., a small, 60-member Evangelical church that has existed for nearly 80 years. Absolute Pianos was on the ground floor at 1646 Park Avenue.

Elizabeth Matthews, a spokesperson for Con Edison, said that a resident of a nearby building reported a gas leak at 9:13 a.m. At 9:15 a.m., Con Edison sent a crew to investigate the report, arriving at 9:41 a.m., just after the explosion.

Firefighters were on the scene at 9:33 a.m., and by early afternoon, there were over 250 firefighters at the site.

Reports on Tue., Mar. 18th from the National Transportation Safety Board (NTSB) state that there was a leak in the 8-inch cast iron gas main adjacent to 1646 Park Avenue. The leak, found in the 125-year-old pipe near the site of the explosion, failed a pressure test.

The NTSB declined to confirm at press time that the leak was the definite cause of the explosion.

Fire Department Commissioner Sal Cassano said that definitive information regarding the source of the blast would take some time.

“Right now, they can’t get anywhere near where the source of ignition was,” he stated. “Once we get through the debris and rubble we will get down to that basement and see where we think it was ignited.”

Cassano added that first responders narrowly avoided being caught by the explosion.

“If we were here five minutes early,” he added, “we may have had some fatalities among firefighters.”

This past Sun., Mar. 16th, a memorial service was held at the Bethel Gospel Assembly on East 120th Street.

“Members of this congregation are one with those in the community who have been suffering,” said Mayor Bill de Blasio, who attended with First Lady Chirlane McCray. “You can feel the support here.”

He commended the church for opening its doors shortly after the blast.

The Mayor acknowledged the first responders, including firefighters, police, and emergency medical technicians. He also cited the civilians who rushed to the aid of their neighbors directly after the blast.

Oscar Hernández, 15, was pulled out of the rubble by passersby who worked with police just before the buildings went up in flames. Hernandez remains in critical but stable condition at a nearby hospital.  His mother and older sister died in the collapse.

“It made us proud and humble thinking about those men and women who felt the explosion, who ran into the fire, ran into the danger because they knew they night be able to save one more life,” said the mayor. “They got there without hesitation in the middle of the crisis and pulled Oscar out alive.”

The timing of his rescuers, who did not hesitate, said Mayor de Blasio, was the difference between life and death.

Mayor de Blasio and First Lady McCray urged New Yorkers to donate to the Mayor’s Fund to Advance New York City, which has established a special East Harlem Building Collapse Relief Fund. The fund will be used to help families and small businesses recover from the disaster. Victims can also receive assistance for expenses related to housing, funerals and replacing lost possessions. Counseling services and specialized outreach to El Barrio’s immigrant communities will be provided by local community-based organizations.

To provide assistance and for more information on relief efforts, please visit http://on.nyc.gov/1ig3UNX. 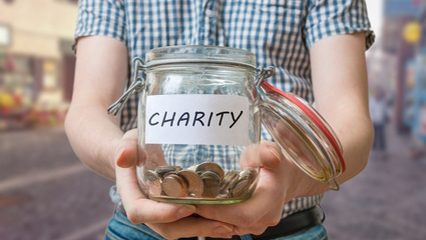 Jose did it
José lo hizo