Exploring Latinos’ impact on the election

During election season, many elected officials and media pundits claim that Latinos’ main concern is immigration.

But according to research by the Pew Hispanic Center, the top issues for registered Latino voters mirror that of the general population: jobs, education, health care and taxes.

Latinos, instead, are primarily concerned with jobs this election season – a priority echoed by many local residents.

“I know young people who are working two and three jobs to pay off college,” said Michael Díaz.

Nicole Monegro, president of the Barack Obama Democratic Club of northern Manhattan, agreed that most of the voters she talks with are focused on the economy.

Monegro also meets a lot of people registering to vote for the first time, especially those who’ve just turned 18 or have just become citizens.

“There are so many people out of work,” she said.

“We tend to think that Latinos only care about immigration policy, and that is not the case,” said Maria C. Figueroa, senior associate at The Worker Institute at Cornell.

Latinos are workers, she said.

The percent of Latinos in the labor force is higher than any other demographic group.

And while some Latinos own large companies, they are the exception.

Most are working class.

“In that sense, are likely to vote in the direction that they think is likely to benefit them as workers,” she said.

The number of jobs held by Latinos is higher than before the recession—1.2 million more jobs than 2007, according to the Bureau of Labor Statistics.

Part of the strong job growth comes from the sectors where most Latinos work—education and health services—jobs that are typically recession-proof.

These service sector jobs are often are low-paying and have few benefits. That’s one reason why healthcare is also high on the list of concerns for Latinos.

According to the U.S. Census Bureau, 30.7 percent of Latinos are uninsured.

“They will vote for somebody who will address that issue,” Figueroa said.

Another issue Latinos are likely to care about is income inequality.

Median incomes of Latinos lag behind the national average. Latino families have a median income of $39,730, versus $60,088 for all families.

While those seeking office often talk about jobs, economy and education, income inequality is rarely mentioned in campaigns, or even in mass media. “You almost never see a survey that asks about income inequality in this country,” Figueroa said.

It is hard to estimate what effect Latinos will have on the election.

While a record number of Latinos are able to vote in the 2012 elections, it is unclear if they will go the ballot box.

Despite voter registration efforts all over Northern Manhattan, Monegro said that many people don’t vote.

If they do, she said, most ignore annual local elections and only vote once every four years.

“If you ask 100 Latinos who is their Councilmember or Assemblyman, they don’t know. They have no idea,” agreed Díaz, who participated in a voter registration drive this past week.

A member of local Community Board 12, Diaz feels the local level is the most accessible part of government. People can make a more immediate impact right in their neighborhoods and create the kind of change they would like to see.

“You can make a bigger difference locally,” he said.

According to a report by the Pew Hispanic Center, 23.7 million Latinos are eligible to vote, an increase of 22% from 2008.

With the exception of Florida and Colorado, Latinos generally don’t live in the biggest swing states. They live predominantly in California, Texas, New York and Arizona—states where the outcome is considered already decided.

Battleground states such as Pennsylvania, Ohio, Wisconsin and Virginia have low percentages of Latinos.

“That’s the reason observers speculated why Romney did not pay a lot of attention to issues that affect Latinos,” Figueroa said.

Yet Latinos are a major force in the Democratic camp – and immigration policy does not go unnoticed.

The move was widely popular with immigrants from all countries, particularly Latinos.

Although immigration isn’t the number one on the list for registered voters, it pervades the Latino community. Many families have mixed immigration status.

Parents and one or more children might be undocumented, while some family members are born in the U.S.

“Deferred Action is really important to young people and they really want the Dream Act passed,” Monegro said. “I don’t think people realize how many people are here without [an official] status.” 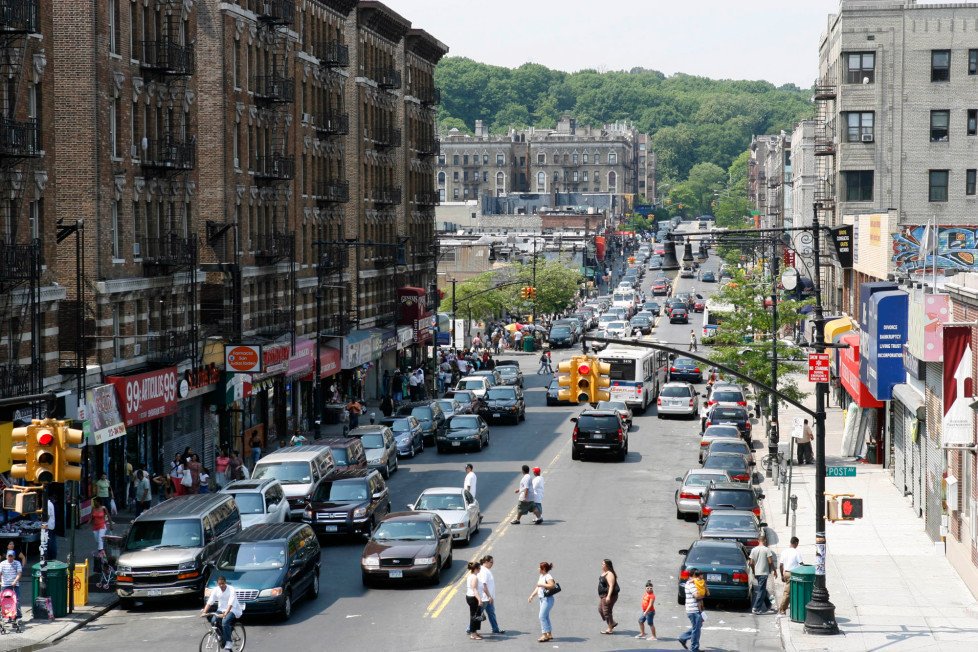