Since 2006, my entire family has not spent the holidays together in Puerto Rico.  We wanted a calm, quiet, non-touristy place where various generations of Mirandas could celebrate. It is very difficult for immigrant families to maintain cohesion when they are separated by thousands of miles.

Facebook, Twitter, Skype, cell phones and text messages help but there is nothing better than face-to-face contact to penetrate the mind and heart of a loved one and leave indelible memories.

So, to start 2014, siblings, cousins, grandchildren, and in-laws got together in Loíza, Puerto Rico.

The Puerto Rico I found revered the phrase “Eso es así” (That’s how it is).  The intonation of the phrase varied, and with each inflection, there was a different meaning.

But the culture of “Eso es así” emphasizes a collective belief that things are not well and accepting that reality – the status quo – is the best way to face such a state of affairs.

“Eso es así” is used to explain big as well as little things.

When you say “Eso es así” emphatically, it refers to a current state of affairs. Many used “Eso es así” to explain the campaign “No mas balas al aire” (Don’t shoot bullets in the air). The practice, as described, is one in which people shoot bullets in the air at midnight in celebration of the new year. This practice has resulted, of course, in fatalities and injuries. You read it right – the topic everyone was talking about was “No mas balas al aire”. This is not a campaign about Santa Claus or the Three Wise Men; it’s not one of “aguilnaldos” or folkloric Puerto Rican music. This campaign was intended as a direct response to the attitude reflected in “Eso es así.”

But no one I spoke to thought the campaign would make a dent on the problem.

However, when you say “Eso es así” as if you were singing, you are asking someone to accept the unacceptable. Your intonation is not charged with anger or indignation; on the contrary, it has a feeling of resignation. Essentially, if you just accept, life is better. When I called our apartment manager to let her know about the loud noises the air conditioning made, her immediate response was “Eso es así.” She followed with, “In a little while, you will fall asleep”, or in other words, “Get used to the loud noise because, well, eso es así.”

But there is also an “Eso es así” that comes with a bit of anger and an emphasis on convincing you that your perception of reality is not true. True story. When I told the same manager that our clothes dryer was not working properly, she interrupted me and said, “Give me a towel. You will see, the dryer works. Eso es así”. I proceeded to get a towel and before I wet it, she pulled it away from me and asked me not to wet it. She put the dry towel in the dryer for a couple of minutes, pulled it out and said, “I told you. It’s dried. Eso es así.” When I argued that the towel was dry to begin with, she ignored my explanation and my family’s laughter, looked at me and said, “Eso es así”.

The “Eso es así” Puerto Rico has been in a recession since 2006, the last time I was there to celebrate the new year. The unemployment rate is stuck at 15 percent, though many believe its much higher. The national debt is $70 billion and many believe the island is headed to where Detroit landed this past July: bankrupt. The national per-person debt is $19,000 – four times that of residents in Massachusetts. The homicide rate, 29 per 100,000 people, is six times our rate in the United States. And a third of the country receives $2 billion in food stamps that the federal government sends to the island.

I am back in New York City trying to digest a week of happiness and sharing in Loiza together with the sour taste that the culture of “Eso es así” left in me.  Loíza is Puerto Rico; it is a municipality dating back to 1719, known for its culture, “vejigantes” (masks made of coconut and painted in bright colors) and the famous Rio Grande de Loíza, the river immortalized by the Julia de Burgos’ poem. But Loíza is part of a country facing its worst economic crisis yet. And people must live with a noisy air conditioner, a dryer that doesn’t dry, bullets shot in the air and economic disaster. 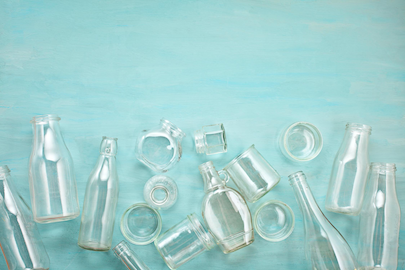 Self assessment, self determination
Autoevaluación, autodeterminación