Elegy for a Friend

“There are no strangers here. Only friends you haven’t met yet.”  William Butler Yeats

When Coogan’s opened its doors in 1985, its first customer, or maybe its second, wandered in, took a look around, and never left. Its unpretentious wooden tables and wallpaper of photographs of politicians, police officers, actors, and neighborhood locals; a stalwart menu of Irish fare including French crepes, matzoh ball soup, and the world’s smallest sundae named after Olympic champion runner Eamonn Coughlin who was tall and fast; and three genial owners who, in the grand Irish tradition of never having met a stranger, welcomed him into their household, and he was home. Whether Steve Simon was the first or second customer has been debated for 35 years and will be debated for many more to come. But one thing is certain: he was their final customer, arriving on March 16, 2020 in time to beat the 8 p.m. citywide mandated restaurant closing, and ate the last supper before the coronavirus ended Coogan’s’ illustrious run.

Steve, who knows his way around punctuation and often proofread the menus, dined at Coogan’s as often as five times a week, hanging his coat and hat like a familiar uncle arriving regularly for dinner and sat down, his portfolio of papers and news clippings placed on a nearby chair. For his last meal, ordered the chicken piccata with penne and vegetables chased by a Corona Light. He excused himself to wash his hands, looked around the dining room, and wandered to the bar as was his ritual, to greet a friend or acquaintance or stranger who was having a beer or dining with friends. He almost always knew someone. Steve would be summoned back to his entrée and always jokes that he put the owner’s kids through college. After some 3,000 meals, he estimates, there may be some truth to this.

Coogan’s story begins in 1985 in Washington Heights in a New York City community overwhelmed by gunfire, drugs, riots, and homicides, and ended with a city overcome by the coronavirus. The owners — the straightforward and approachable Dave Hunt who kept bartenders and servers on point, twiddled his thumbs when he sat across from you at the table, and hadn’t had a drink in 35 years; Peter Walsh, a poet at heart with a soulful singing voice who collected Irish literature; and the more reserved Tess McDade, who handled catering orders, managed the business, and ceded the front of the house to her two garrulous partners — prove how much a business flourishes based on the personality of its owners. This trio loved Coogan’s and its customers from one eccentricity to another. We all knew that. It’s impossible to say who mourns the other more.

Dave and Peter often pulled up a chair at our table or joined me when I was dining alone. You were never alone at Coogan’s.

In the grand tradition of Irish pubs which serve as a center of the community, you might find a job, close out political deals, write campaign speeches, gather with colleagues, relatives, and friends. Doctors and patients (but not together), generations of police officers and firefighters, politicians and public school teachers, judges and attorneys, poets and writers, actors and actresses, runners and baseball players, all were fed at Coogan’s, which broke down the wall between generations, colors, and backgrounds who dined or drank there together, side by side.

So many meetings took place there. So many birthday parties, karaoke nights, play readings, baby showers, weddings, celebrations of life and of death, book signings, costume contests, post-meeting debriefs, and weary end-of-day drinks. Coogan’s employed men and women from the neighborhood, from servers like Quincy who was hired and rehired too many times to count, to chef Jose who put up with our special requests, and some who went on to open their own restaurants. You could write a book.

Coogan’s served as a de facto studio for the New York Public Library’s Oral History project, “Bridging Our Stories,” where many conversations took place in the Back Room, including one with Dave, who grew up in Inwood and played basketball against a very young Lew Alcindor who later changed his name to Kareem Abdul Jabbar; Judge and later New York County Clerk Milton Tingling who once drove a cab and worked as a token booth clerk; Frank Hess, who spent his entire life in Washington Heights, wore a cowboy hat, and played a pivotal role in New York State politics; and Johnny Moynihan, the head of the Police Officer Michael J. Buczek Little League, named after a police officer killed in the line of duty in Washington Heights three years after Coogan’s opened.

Along the way, Coogan’s hosted my portraits of boxers for the Uptown Arts Stroll and a screening of Rocky. The 25th anniversary celebration of my book, The Prizefighters, drew old and new friends, including a police inspector who once trained at a boxing gym a few blocks away and came dressed in a suit and tie as if he were attending a wedding. Coogan’s was the most enthusiastic supporter of my tie project which collected new and gently used ties for the Northern Manhattan Improvement Corporation’s job training programs. A box set up by the front door overflowed with colorful donations, Dave drove miles to pick up ties from Coogan’s customers around the city and upstate, and Tess and the staff smiled proudly with new additions arriving daily. Almost 1,000 ties were collected.

I wish I had visited Coogan’s more often but, sadly, work kept me to late hours and by the time I returned uptown, the kitchen was closed, the dining room quiet, and Dave, Peter, Tess, and even Steve were tucked into bed.

The news of Coogan’s closing hit us hard. Thirty five years went by so quickly. Thirty five years is longer than Tess has been married. Her three daughters, two now enrolled in college thanks to Steve, were born during her time there. Dave became a grandfather of two redheads twice over, and Peter is about to become one. Two years ago, we thought we were going to lose Coogan’s. But the community, Broadway star and Inwood native Lin-Manuel Miranda, elected officials, and friends from around the world rallied and it received a reprieve, with a three year lease offered by its landlord across the street, NewYork-Presbyterian Hospital. Coogan’s began 2020 with one year to go on that lease and if that was the signal when it would close up shop, a year would have given time to for all of us to ease into goodbyes, salutes, hugs, tributes of gratitude, and celebrations.

As might be expected in the restaurant business, Coogan’s prepared for many contingencies and weathered any number of challenges, from staff calling out to delayed food deliveries to utility disruptions, but its obituary was written by a global pandemic.

We never had a chance for one last round, one last matzoh ball soup or chicken quesadilla, one last toast of gratitude for all Dave, Peter, and Tess have given us. Coogan’s ending mirrors the physical contact New Yorkers are unable to have during this time, making it a lonesome goodbye. Fitting for this time, tributes and tears flowed on Coogan’s Facebook page, something that wasn’t around when the restaurant first opened.

And then, Coogan’s slowly started to disappear. The wallpaper of memorabilia and photographs were distributed, returned to its owners or gifted to friends. The Back Room dedicated to Peter’s passion, the running community, was emptied. Frank Hess’ cowboy hat was driven home to his family by Dave. Dave, Peter, and Tess held back tears or sometimes didn’t as they sorted through papers in filing cabinets, rediscovered old photographs and memories, and said goodbye to former employees who stopped in. Chairs and tables and restaurant equipment were piled up for auction, linens returned to the rental company. Steve wandered around in disbelief.

Its last day was Wednesday, May 27th.

Some of us will meet again for a reunion of sorts. Coogan’s will be resurrected when filmmaker Osten Glen Anderson completes his last edit on a long awaited documentary expected this summer, and when writer Jon Michaud debuts his book about Coogan’s, which now has an ending. But it won’t be the same.

I remember when the Times Square Gym on 42nd Street with its rickety stairs and shabby square ring on the second floor was set for demolition and replacement by the Conde Nast Building.

“I’m going to pass by when it’s torn down,” boxing champion Emile Griffith told me, “and try and hear some noise from upstairs.”

Some of us will walk past Coogan’s and listen for the noise, and others will begin sentences that end abruptly. “Let’s go to-“

And Steve Simon will be wandering, looking for another home.
Arlene Schulman is a writer, photograph, filmmaker, and podcast host who resides on the island of Manhattan. For more, please visit arleneschulman.com. This essay has been lightly edited for length and was first published on medium.com (bit.ly/2XvNCeY). 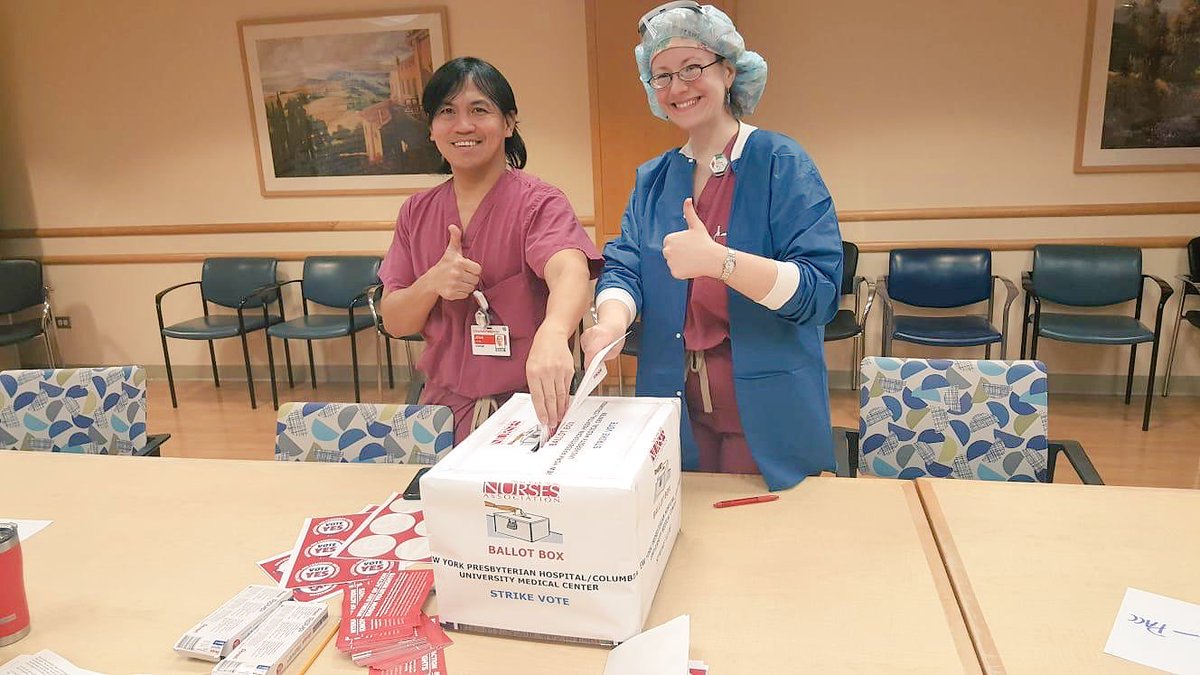