Christina likes living at the epicenter.

For the past two years, she has resided at the intersection of Seaman Avenue and Dyckman Street, a corridor that boasts a long ribbon of restaurants, cafes, and lounges.

Options with which to sate any appetite are plentiful.

There is Italian, Mexican, American continental, Venezuelan and traditional Puerto Rican fare, and sushi crafted with Latin Caribbean sensibilities. There are Argentinean wines to sample, live music to hookah fruit flavors to consider, and blazing waterfront vistas to absorb.

And as the sun sets, the avenue boasts a throbbing night life, complete with impenetrable traffic, sidewalk revelry and fisticuffs, and late night cacophony. That much of the action is fueled by alcohol, and often leaves a wake of garbage, presents distinct challenges.

The debate over what constitutes a unique center of vibrant commercial and cultural activity on a previously desolate stretch, and what is an intolerable blight that undermines the area’s quality of life, has long riven residents, police officers, business owners, and legislators.

Christina, though, said she was unfazed.

“It doesn’t bother me,” she insisted.

While she acknowledged that the noise levels on weekends might keep her neighbors awake, she didn’t think the situation was dire. Instead, she said enjoyed being at the heart of it all. The community activist represents Moving Forward Unidos, which advocates for quality of life issues in Washington Heights and Inwood. She labels the proliferation of restaurants and bars with liquor licenses a “crisis.”

Preston stood with State Senator Adriano Espaillat on October 22nd in support of his call to institute a one-year moratorium on “on-premise” liquor licenses issued in the area by the State Liquor Authority (SLA).

“This is not Times Square,” said Espaillat as he stood at the intersection of Dyckman and Broadway. “It is still a residential neighborhood.”

Under Espaillat’s proposal, applications or renewals that have already been submitted for approval would not be impacted, and restaurant wine and beer permits would still be permitted. The moratorium would apply only to what is deemed the “standard bar license.”

The number of these on-premise liquor licenses issued in the neighborhood has jumped from 20 in 2012, to 31 in 2014, and could reach as many as 40 by the end of the year, according to Espaillat.

The legislator said that the increase of bars and restaurants amounted to over-saturation, and that neighborhood’s economy needed to diversify.

“We have enough bars. We want hardware stores, laundromats, beauty salons,” said Espaillat, who said he also intended to introduce legislation on the matter once session in Albany resumes.

“A one year moratorium will allow for all of the stakeholders to come together and find solutions to balance economic growth with the community’s concerns,” he added.

Between the winter of 2013 and the fall of 2014, 311 documented more than 140,000 noise-related complaints. A January 2015 data analysis by The New Yorker found that the majority of what was classified as “loud-party complaints” came from Inwood and Marble Hill.

“We have the highest number of noise complaints of the entire city,” charged Espaillat.

NYPD Deputy Inspector Chris Morello of the 34th Precinct agreed that it was a prevalent issue.

“We receive a fair amount of noise complaints and our police officers spend a lot of time addressing them,” he said.

Cirilo Moronta might be considered a veteran of the scene. Opened over a decade ago, his restaurant 809 Restaurant, Bar and Grill, was one of the first to establish itself as a local destination.

Then, the restaurant stood as one of the few.

Things have changed – and so has Moronta’s perspective.

“We consider our area a little saturated when it comes to entertainment establishments,” he observed.

“We want to maintain ourselves [here],” he said, acknowledging that there was now heightened competition. “We want to keep on being part of this community.”

Alberto Nuñez, owner of Albert’s Mofongo House, located at the corner of Dyckman and Broadway, agreed that while the revitalization had proven a boon, it was become a matter of too much, too soon.

“Before one couldn’t walk around here,” said Nuñez, who opened his restaurant in 1997.

Now, however, he insisted, “what we have is enough.”

The proposed moratorium has the support of Councilmember Ydanis Rodríguez. His Chief of Staff Carmen de la Rosa said that it was necessary to strike a balance.

“Small businesses are the life of this community,” said De La Rosa. “They are the vehicle that drives the economy in this area. But quality of life should be sustained.”

Espaillat said he would present his proposal to Community Board 12 for endorsement.

While the SLA can only currently issue a moratorium statewide or on a per-county basis, Espaillat said his bill would establish a new licensing model under which different neighborhoods would set and follow its own guidelines on the rendering of liquor licenses.

“There has got to be a balance,” insisted Espaillat. “[It is why] my office will be vigorously opposing every license for this area in the upcoming year.”

Scott Kosel moved to Inwood from Rochester four years ago. He shrugged off the complaints, and said that noise only flared up for a few months of the year.

“It is really bad during the summer and on weekends, but it slows down during the winter,” he said. “It is seasonal.”

Nonetheless, Preston, who practices and teaches yoga, welcomed the intervention.

“[Our hope is that a] balance is achieved between the thriving nightlife, and the residents’ right to a peaceful home life.”

“We are here for everybody”
“Estamos aquí para todos” 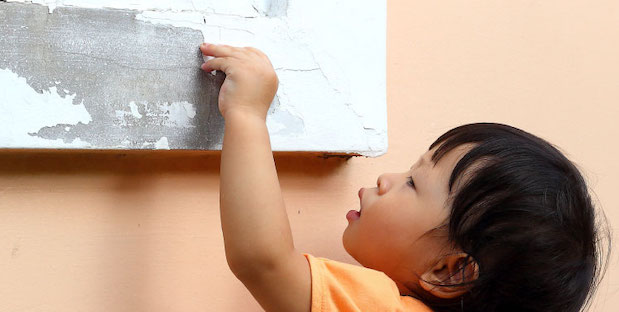