The city is backing a request by some elected officials to expand the scope of a proposed Inwood rezoning, The Manhattan Times has learned.

“For too long, this neighborhood has not received the attention or investment that it needs and deserves,” wrote NYCEDC head James Patchett, who said the agency “is pleased to pursue a contextual rezoning of Inwood west of 10th Avenue that would complement our efforts to create a holistic framework for development east of 10th Avenue.”

Contextual zoning regulates the height and bulk of new buildings, their setback from the street line and width along the street frontage, in attempt to produce buildings that are more consistent with existing neighborhood character, according to the Department of City Planning (DCP).

Patchett wrote that the city is “committed to a plan that requires the creation of affordable housing while also preserving neighborhood jobs and the distinct character of Inwood.”

His letter was issued in response to Rodríguez and Brewer, who had sent their own letter to Mayor Bill de Blasio on March 31 asking for the project’s footprint to be expanded, and urging the city to “take a more aggressive approach” to the creation of affordable housing, including leveraging city-owned property and applying subsidies to spur new developments throughout the neighborhood.

In his response, Patchett highlighted the city’s commitment to investing in Northern Manhattan, noting the opening of a Tenant Support Unit and Legal Services NYC location at 5030 Broadway to assist those concerned about displacement.

He also mentioned the opening of a Workforce1 Center in Washington Heights and $30 million of improvements slated for Highbridge Park.

The rezoning plan, also known as the “Inwood NYC Neighborhood Study,” was revealed by NYCEDC last year and called for mixed-use waterfront space and commercial corridors, as well as construction of new affordable housing.

The plan’s initial scope involved for streets east of 10th Avenue and north of Academy Street, up to 218th Street.

At a Community Board 12 meeting last July and in a series of neighborhood feedback sessions throughout 2016, local residents voiced opposition to the plan, citing concerns about building height and affordability levels of new housing.

Following last year’s community meetings, the city had been publicly quiet on the subject of the Inwood NYC Neighborhood Study, leading some residents to believe the rezoning project was put on hold after vehement community opposition influenced Rodriguez to vote against a rezoning that would have allowed a developer to build the proposed Sherman Plaza mixed-use building as high as 17 stories.

An NYCEDC spokesperson said the agency is expanding the Inwood rezoning area in response to resident requests to preserve the existing character of the community.

“We will continue engagement with community residents and stakeholders to form a plan that achieves the right balance of preserving and strengthening neighborhood character, while also creating affordable housing,” said the spokesperson, who added that the agency plans to have a draft scope of work ready later this year.

Inwood resident Graham Ciraulo, a lead organizer with Northern Manhattan is Not for Sale, one the advocacy groups that opposed the initial rezoning plan, expressed optimism over the NYCEDC’s new zoning considerations, but said the city still needs to clarify what it considers the Inwood borders to be for rezoning and development purposes.

“We are pleased to see the city responding to the community’s request for contextual zoning,” said Ciraulo. “However, the question remains over what constitutes the borders of Inwood. The city has been unclear about this so far.” In a September 2016 request to the city, Northern Manhattan is Not for Sale defined the southern Inwood border as lower Hillside Avenue, and included Broadway and Nagle Avenue, which had been the proposed site of Sherman Plaza.

Rodriguez embraced the response from Patchett.

“I’m pleased that the EDC has agreed to take into account the responses of residents across the Inwood community as we work to move this project forward,” said Rodríguez. “A contextual rezoning and an increased focus on preservation were the two key points we heard during the extensive community engagement process last year and I’m glad they will be a key part of any plan put forward. This conversation is about creating and preserving affordable housing by leveraging underutilized land for mixed-use, mixed-income developments. I’m encouraged that this agreement can move this project forward productively.”

Back to the future Volver al futuro 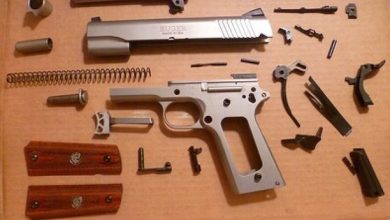