General George Washington’s army was in full retreat when something made them turn around and fight.

“The Battle of Harlem Heights was a turning point in the Revolutionary War,” said Danielle Hodes, Education Director at the Morris-Jumel Mansion Museum.

The museum will commemorate the battle this year with a major family-oriented event on Sept. 20th.

By mid-September of 1776, soldiers in the Continental Army were sick, hungry and deserting. They’d slept outside for weeks, mostly without a change of clothes. Many hadn’t been paid in months.

Washington wrote John Hancock for supplies. The soldiers desperately needed more rations, tents, blankets and kettles.  They were about to leave the city, moving the sick out first, along with whatever ammunition they had.

On Friday, Sept. 13th, most of the army had marched from Lower Manhattan to Harlem Heights, on route to upstate New York. At the same time, five British warships slowly sailed up the East River.

The British planned to invade Sunday. If they’d waited slightly longer, they could have taken New York City without a battle.

The Brits came ashore at Kips Bay and fired away at a small outpost of soldiers for an hour. Washington was four miles north. Hearing the battle, he raced downtown on his horse, only to see his terrified men panic and retreat.

On the 16th, Washington was occupying the home of Loyalists who’d fled the city. He learned the British were advancing north. A scouting party of about 100 men encountered a pocket of British soldiers. The Continental Army troops fought hard, but they were soon outnumbered.

As they fled, the Brits sounded their bugles with an infuriating call.

It was a foxhunt call, signaling that the fox was in retreat with hounds on its tail.

“The British army might have looked on this as more sport than war,” explained Hodes.

Washington, a Virginia planter and foxhunter, fully understood the disrespect as intended and ordered a counterattack.

Nearly 1,800 men fought about 5,000 British troops in a buckwheat field where Columbia University now stands. The battle lasted for hours, and slowly the red coats lost ground and ultimately fled.

“It was kind of a morale victory, too,” said Hodes. “At this point, they hadn’t really been successful and the whole army hadn’t coalesced as one Continental Army.”

Washington’s headquarters, overflowing with his staff and officers, is now the Morris-Jumel Mansion. Along with Washington, approximately 50 people slept there during wartime, filling the hallways, basement and attic. The rest of the soldiers camped outside on the surrounding countryside.

The home belonged to Mary Philipse Morris and her husband Roger, who fought alongside Washington in the French and Indian War. After the Morris family fled, two of their slaves stayed behind. One of them, Martha, cooked for Washington.

“We know she was paid for her work,” Hodes said.

Washington, who traveled with a full set of china during wartime, ate better than most of his men. Regular soldiers had ration packs with dried meat, salt and rice.

“Originally they were also given whiskey,” said Hodes. “Later it was replaced with coffee.”

The Mansion’s Battle of Harlem Heights event is free with museum admission and explores how soldiers spent time during war. The Sept. 20th event has a variety of family activities.

To find out more about events at the Mansion, please visit: http://www.morrisjumel.org.

Magic in the making
Haciendo magia 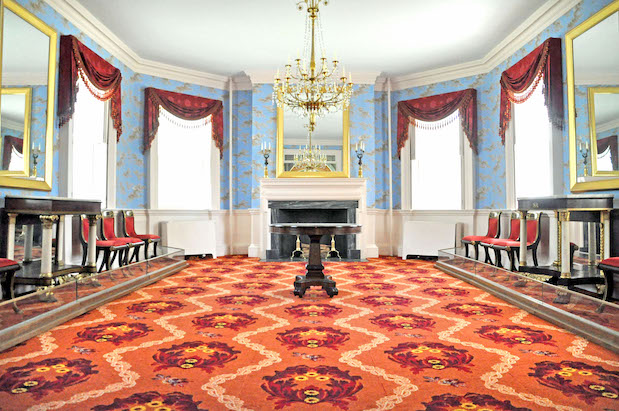