Plans for a new headquarters for LG Electronics USA drew ire last year from various groups on both sides of the Hudson River.

The development, set a quarter of a mile from the Palisades, is slated to be 143 feet tall.

It would supersede the tree line, altering a view that has remained unchanged for centuries, and which the Rockefeller family sought to preserve when it bought the New Jersey cliffs in the 1930’s.

While advocates argued that the new corporate headquarters would generate revenue and employment for Englewood Cliffs, others have moved to enjoin LG Electronics to alter the building’s scale.

A joint lawsuit from Scenic Hudson and the New Jersey State Federation of Women’s Clubs, as well as Bergen County residents who are activists in the New York-New Jersey Trail Conference, was filed.

Another lawsuit was filed a year ago by two Englewood residents.

The two sides were then mandated to undergo a mediation process in March to try to reach an agreement.

But the mediation was dropped this past Fri., Jun. 14th, as called off by the mediator, retired state Superior Court Judge Daniel P. Mecca.

The case will now be returned to Superior Court Judge Alexander Carver, who is expected to rule later this summer.

That followed two major setbacks for the development.

“The dramatic formation that inspired painters of the Hudson River School of American Artists in the 19th century has been protected for over 100 years through the efforts of citizens and elected officials,” the governors wrote. “We are concerned that this tower would not only interrupt the historic, natural vista enjoyed by millions, but would also set a precedent for greater building heights stretching northward along these iconic cliffs.”

Moreover, the Environmental Protection Agency (EPA) also withdrew its support of the project.

The agency pulled out of a memorandum of understanding with LG Electronics in which the company, in exchange for the agency’s involvement, had committed to reduce energy and safeguard the environment.

“This view is so important that the adverse impacts of construction of high-rise building cannot be condoned,” wrote Judith A. Enck, the EPA Regional Administrator, noting that the exit from the voluntary agreement was not a step the agency took lightly – or one it had taken before.

“The company expects to prevail in the court case because the law is on our side,” he said in a phone interview on Friday.

As for the decision by the governors, Taylor argued, “I believe they were misled. They don’t have all the facts about the project or the impact on the state of New Jersey.”

“It’s going to be a showcase of environmental design,” he added, explaining that the development will be LEED Platinum certified, and that the extra height is needed maximize the sunlight.

Proponents point out that the project is expected to generate hundreds of construction jobs, and that upon completion, it will house over 1200 employees at the headquarters, while bringing in $1.3 million in tax revenue to Englewood Cliffs.

As reported by NorthJersey.com, at a rally in April, the mayor of Englewood Cliffs, Joseph Parisi Jr., called on union workers to show support for the project, and criticized opposition for delaying the project for more than a year.

“You should be here with your hard hats on, digging ditches and building this unbelievable building,” he said to union workers. “We need this now.”

But those opposed blame the plan itself, saying the same number of jobs will be created and comparable tax revenue generated if the building were to be of a smaller scale.

While Taylor said that it would take too much time for new plans to be resubmitted and approved, he cautioned that all possibilities remained on the table.

“We continue to look at options,” he said. “But I can’t get into the details of how we redesign this.”
Taylor said he hadn’t been expecting to hear from northern Manhattan after the plans for the headquarters were issued

“It’s a New Jersey issue. It was surprising to hear complaints,” he said. “It’s all about the view.”
Opponents say that it is not just about the view, but about preservation.

“LG Electronics’ proposal threatens to permanently destroy a beautiful natural amenity, and set a dangerous precedent for the Palisades,” said Senator Espaillat in a statement. “But with the future of our neighborhood at stake, the company has attempted to rush this development through while disenfranchising uptown Manhattan residents.”

Those on the eastern side of the river, in Northern Manhattan and in the Riverdale and Spuyten Duyvil sections of the Bronx, look across the Hudson, view a rock formation formed 200 years ago, crowned by lush swathes of trees—and unmarred by the sight of buildings north of Fort Lee.

Recent developments have cheered local advocates who continue to press for a redesign.

“We remain hopeful that LG Electronics will acknowledge the national importance of the Palisades and their protection,” said Jennifer Hoppa, Executive Director Fort Tryon Park Trust. “This National Natural Landmark merits their design team’s developing a revised design for their headquarters that is lower in height, does not rise above the tree line, and makes more use of their 27 acre property.”

It is a vista that local residents, park groups, artists, and preservation advocates argue is endemic to the well-being and identity of northern Manhattan and one with national significance; the Palisades were designated a National Natural Landmark in 1983.

But it is a view Taylor has yet to be acquainted with.
“I have not visited Fort Tryon Park,” he admitted.

For more on the LG Electronics USA plans for its corporate headquarters, please visit www.lg.com.

For more on the work of local advocates opposed to the present development, please visit www.protectthepalisades.org. 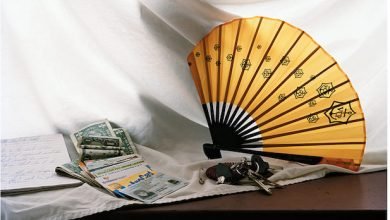