“Proud to be a Puerto Rican pediatrician debuting @nycHealthy‘s first report on the health of Latinos. Wepa!”

That was an enthusiastic tweet in September 2017 from Dr. Oxiris Barbot, then First Deputy Health Commissioner, as she helped unveil the city’s first comprehensive report on the health of Latinos in New York City.

This past month, Barbot herself made history, as she was named the city’s new Commissioner for the Department of Health and Mental Hygiene – the first Latina to serve as the city’s Health Commissioner.

Barbot had been Acting Health Commissioner since September 1, when Dr. Mary T. Bassett stepped down as Commissioner to become Director of the François-Xavier Bagnoud Center for Health and Human Rights at Harvard University.

“Everyone knows how committed I am to looking at health from the community perspective. As a Health Commissioner, I will continue to put all communities, and particularly immigrants, at the heart of my work,” Barbot said. “This is key to tackling our biggest challenges, from the opioid epidemic, to chronic diseases, and mental health. I will also take an active role in the city’s Mental Health Council and make sure that we fully integrate ThriveNYC in the Department’s work, because we can only truly achieve our goal of closing health inequities by prioritizing mental health along with physical health.”

As Health Commissioner, she will spearhead the agency’s efforts to achieve health equity, battle the opioid epidemic, and raise awareness on mental health, de Blasio said.

“As a native New Yorker, Dr. Barbot understands that improving the health of our city starts with keeping health equity at the center of our work,” said de Blasio. “Her extraordinary experience will be invaluable as we continue making New Yorkers the healthiest they can be, both physically and mentally.”

De Blasio said that Barbot, raised by an immigrant family in the Patterson Houses public housing complex in the South Bronx, was an example to “all 400,000 New Yorkers who live in public housing, and particularly to their children, that you can aspire to the highest heights and get there.”

“She was the Health Commissioner at one of the places we all know is one of the toughest locales in this whole nation when she was in Baltimore for four years and she oversaw their reduction in the racial disparities that were so clear in healthcare, particularly when it came to infant mortality and really helped to protect lives in new and innovative ways,” de Blasio said. “And as First Deputy Commissioner of our Department of Health and Mental Hygiene has helped us to steer us through some of the bigger crisis that we faced, of course Ebola, Zika, Legionnaires’, all of the challenges that we have faced.”

As Acting Health Commissioner, Barbot handled the rollout of the Bronx Action plan, an $8 million initiative to tackle the opioid epidemic in the South Bronx. She also announced the city’s Standards for Respectful Care at Birth, which aims to improve health outcomes for women and reduce structural racism and unconscious bias at all 38 City maternity hospitals, clinical providers, and more than 100 community-based organizations.

Barbot joined the New York City’s Health Department in 2003, serving as Medical Director for the New York City Public School System. During that time, she developed an electronic health record system that improved the efficiency of delivering health services to more than one million school children.

From 2010 to 2014, she served as Baltimore’s City Health Commissioner, where she launched a comprehensive health policy agenda focused on improving health outcomes and addressing social determinants. She also served as Chief of Pediatrics and Community Medicine at Unity Health Care, Inc., a federally qualified health center in Washington, D.C.

She received a bachelor’s degree from Yale University and a medical degree from the University of Medicine and Dentistry of New Jersey. She completed her pediatric residency at George Washington University’s Children’s National Medical Center. A nationally recognized expert on Latino health, Barbot has been a member of the National Hispanic Medical Association for over 20 years.

“We want to thank Mayor Bill de Blasio on this historical appointment of Dr. Barbot as our new Health Commissioner. Her amazing work in underserved neighborhoods and her approach to public health make New York City a better, fairer and more just city. The right choice,” said Guillermo Chacón, President of the Latino Commission on AIDS and Founder of the Hispanic Health Network. “[It is a role] that undoubtedly will be approached with care, innovation and commitment for all communities in New York City. In public health, leadership matters, and actions means everything.” 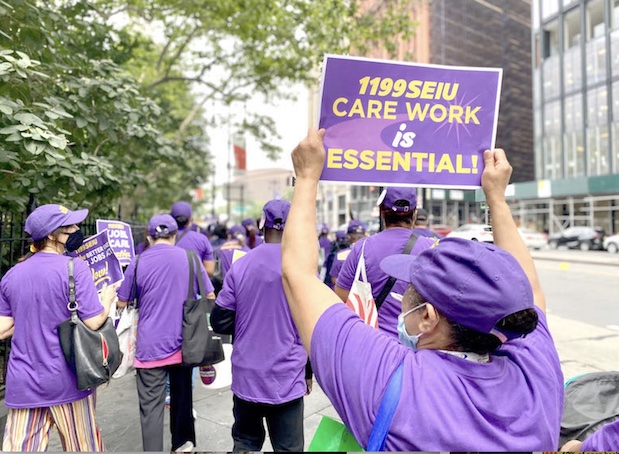