And now, the hunger cliff

Story and photos by Madeleine Cummings

With a fiscal cliff crisis narrowly averted, some local residents are facing off against something far scarier than any Halloween ghoul.

Millions of New Yorkers will soon receive fewer food stamps, as benefits added to the anti-poverty program to help residents recover from the recession are set to expire on November 1.

Congress in 2009 boosted the benefits in response to the economic crisis, but while the economy may be recovering, many families’ food budgets are not.

In some cases, families are worse off than they were five years ago.

John and Patrice Valenti are two Hurricane Sandy victims who are only just now moving into their first apartment after the storm.

This past week, they were at the application center for food stamps in Harlem, hoping to receive the aid so that they could feed their two young children.

They were there for the better part of the day.

“People come here at 9 o’clock and you leave here when the kids come out of school,” Patrice said, as they left the center on 125th Street.

“I feel like I worked the day,” John added. “You stick through it and you get what you need,” he said.

“People come here at 9 o’clock and you leave here when the kids come out of school,” Patrice added.

It is an application process that can take hours, but for many low-income parents, especially those who are unemployed, it is a critical lifeline.

Neither John, who used to work in a pharmacy but hasn’t found employment post-Sandy nor Patrice, a stay-at-home mom, can afford to buy enough food to feed the whole family.

“You know, if I did have a job then I wouldn’t be on food stamps,” John said.

Many parents still desperately searching for work share his sentiment.

Carmen Alcazar, who’s been struggling to get a job as a nanny, also has a large family to feed.

“If I didn’t have food stamps, I wouldn’t know how to do it,” she said.

Representative Marlin Stutzman, a Republican representative from Indiana, argued in the House on Sept. 19th that updating the Supplemental Nutrition Assistance Program (SNAP) would get rid of loopholes, guarantee work requirements are in place, and make Congress more fiscally responsible.

“We know that SNAP is one of the most effective ways to make sure that families are able to feed their children,” said Megan Cryan, Director of Share Our Strength’s No Kid Hungry campaign.

For a family of four already on food stamps, the cuts will amount to a $36 monthly loss after November 1.

But food insecurity affects more than big families, explains Why Hunger’s Jessica Powers, who helps run a national hotline that refers people to emergency food and nutrition programs in their area. She said that those working part time retail or contract jobs also go hungry. And recently, she said, the hotline had been receiving calls from furloughed part-time government workers.

“They’re not getting a paycheck so they need food bank resources or pantries,” she explained.

Food banks in the city are also concerned how the cuts will affect their clients.

According to Food Bank for New York City, nearly 1.9 million people in New York City rely on food stamps and 1.4 million relying on emergency food sources such as food banks.

“The SNAP cut will increase the likelihood that a person receiving SNAP will return to a food pantry or soup kitchen and go there more than once,” said Triada Stampas, Director of Government Relations at Food Bank for New York City. She said the organization is reaching out to donors in order to prepare for increased attendance at food banks, but that non-profit sources are ill equipped to meet the rising need.

Sheree Quiles, a manager at West Harlem’s Community Kitchen and Food Pantry, said that between the food pantry, sit-down meal service, and senior program, they give out an estimated 90,000 meals each year.

And over the years, she has seen need increase.

“Truly, we’re going to be affected by it,” she said. “We see attendance going up.”

For a family whose food resources have become exhausted, West Harlem’s Community Kitchen can offer nine days worth of groceries – and not all of the canned variety.

Bags of fresh carrots, apples, and frozen meats often fly off the shelves faster than the boxes of macaroni and cheese, Quiles said.

But Sarah George, a student who juggles part-time work and daycare costs for her young song, Jaden, said she would rather rely on food stamps than visit a food pantry.

“I feel that there would be people there who are more in need of the food than me, like the homeless,” she said.

Why Hunger’s Powers predicted calls over the cuts will only increase.

“I suspect,” she said, “that on November 1, a lot of people are going to be surprised once their benefits are reduced with the first round of cuts.” Prevent Diabetes at an Early Age 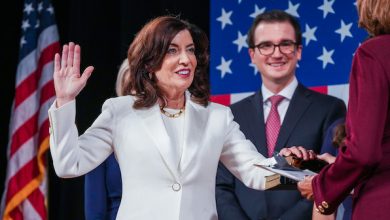