A walk in white demands end to violence

Story and photos by Caroline Chen

On Wednesday, the streets went white.

Hundreds of women in white wedding and formal dresses gathered together to march through Washington Heights, the South Bronx, and Harlem this past Wed., Sept. 26th to raise awareness about domestic violence.

It was the Annual Gladys Ricart and Victims of Domestic Violence Memorial Walk, better known as The Brides March.

The event was established 12 years ago in remembrance of Gladys Ricart, a young Dominican woman who was killed by her ex-boyfriend on the day of her wedding.

“Gladys Ricart was in her wedding gown when she was murdered in front of her entire family,” explained Josie Ashton, one of the march’s founders.

It is why Ashton has sought to have the female participants in the March dress in white.

“That’s the symbol I’ve chosen to shock the media and to shock the community, to bring attention to the walk and to change the conversation,” said Ashton.

The March, approximately 7 miles long, began at the Fort Washington Presbyterian Church on Wadsworth Avenue, working its way to the Bronx County Courthouse, and then ending in East Harlem.

As they marched, the women chanted in English and Spanish, holding signs that read “Domestic Violence Destroys Our Community”; “Love Shouldn’t Hurt You”; and “A License To Marry Is Not A License To Kill.”

Others held up placards with domestic violence hotlines to call.

“I’m here to let women know that you can stop the violence,” said Vilma Carraballo, a Bronx resident who works as a counselor for the Violence Intervention Program. “Fear is one of the main emotions for clients – not knowing what to do and not knowing the system.”
A common misunderstanding of domestic violence is that women stay in abusive relationships because they choose to, added Carraballo.

“Women stay due to fear and lack of information and lack of support,” she said. “We’re here to support them and to show them that they can do it.”

Among the sea of white dresses, there were a handful of men, including Councilmember Ydanis Rodriguez; many were dressed in all black.

“I think a lot of guys might be embarrassed to walk in something like this,” said Antonio Barrueco, a Washington Heights native who was at the march with his wife, Ruby, a domestic violence counselor.

“It makes them less of a man, they feel,” said Barrueco. “But I think it makes me more of a man.”

Pablo García came to the march carrying a picture of his aunt, who was killed by an ex-boyfriend.

“I hope it will stop violence forever,” said García. “and [that] no more women will get killed.”

Also present at the march were a dozen or so children.

As the march fell on a school holiday, the march had a larger number of youths participating than usual – a turn of events that many were glad for.

“I brought my kids today because I think it’s important for them to get the message that [you] stand up for the values you believe in. It’s important to fight for people in situations where…they may not be able to advocate for themselves,” said Kerry Moles, director of the family wellness program at the Children Aid Society.

Moles attended the March with her son Jake, 12, and daughter Maya, 10.

As they neared the final leg of the walk, and approached St. Cecilia’s Church on East 106th Street in East Harlem, the marchers chanted, “Llegamos! Llegamos! [We’ve arrived! We’ve arrived!]”.

Still, the marchers remained sober; many spoke to the work to be done in order to better protect those suffering domestic violence.

Some 31 women in New York City were killed in domestic violence incidents in the first six months of this year, Ashton said. She vowed to keep fighting for domestic violence awareness until the number of deaths dropped to zero.

“It doesn’t matter how many walks [it takes],” said Ashton. “We’ll keep walking until we get the job done.” 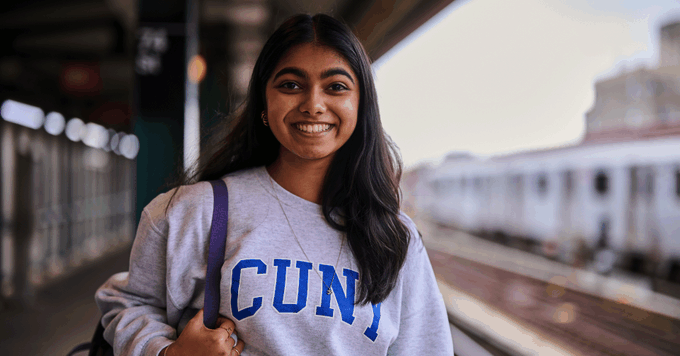