Williamson, the President of the Rotary Club of Inwood, was named the 2013 Tree Steward of the Year Award from MillionTreesNYC on Fri., Nov. 1st at a ceremony held at Gracie Mansion. MillionTreesNYC represents the city’s initiative to plant one million trees across the city over the next decade.

There are 500 stewards across the city. They receive special training from MillionTreesNYC, but Williamson’s efforts with the tree population in Inwood stood out.

“We chose Ky because she really has made it a community project,” said Shalini Beath, the Deputy Director of MillionTreesNYC, citing the numerous community groups, including school groups and area professionals that Williamson successfully involved in the Cleaning and Greening of Inwood.

Out of the million trees planted and projected by MillionTreesNYC, Williamson and the Cleaning and Greening group has made the lives of 50 of them planted in the Inwood area their priority.

Williamson has always had a deep appreciation for trees. She was surrounded by them when she was growing up in the suburbs of Maryland; they served as handy, nature-made jungle gyms whenever she felt like a climb.

She is quick to mention that she never broke a branch.

“They are so necessary,” she enthused. “Not only do they absorb our toxins, but they give us oxygen. And they’re beautiful. They’re as important as water on the planet.”

As the years have gone by, she has found different reasons to admire trees.

In 1983, Williamson was involved in an accident which resulted in whiplash to the spine, a herniated disc, and a hole in her head when the taxi she was in crashed into another vehicle. The taxi had no seatbelt for her to wear, but Williamson is convinced that if she had been wearing one, she would have come out less scathed.

Since the crash, she has had to wear a neck brace to stabilize her spine, and until ten years ago, she had to use a walker or cane to get around.

Then she moved to Inwood.

The trees, among other things, drew her to the local parks; her daily walks strengthened her back.

Williamson took up writing as a hobby after her accident, and wrote a science fiction trilogy about a girl with superpowers who fights to save the rainforest. She completed the book three years ago. In the midst of writing the books, Williamson did extensive research and found herself with an abundance of information.

“I wanted to share some of that knowledge with people,” she said.

That quandary was solved when she joined the Rotary Club, where she has sought to share the many facts acquired.

Moreover, Williamson has leveraged her position as the President of the Rotary Club of Inwood to organize a dedicated tree-happy collective.

The trees under her care line the streets of Sherman, Vermilyea and Dyckman; she oversees a contingent of 50 volunteers from Inwood Community Services, students from IS 52, and a handful of master carpenters and pruners.

Most of the trees, a mixture of mostly white oaks, ginkos and London elms, were planted over two years ago, and will take several years to reach maturity. Until then, they will need a lot of help to thrive.

So far, the volunteers have constructed tree pit barriers to dissuade dogs from using the soil as a latrine. The group also regularly weeds, collects trash, aerates and replenishes the soil.

Still, Williamson is aware of the enemy.

Dog urine is especially acidic and dog excrement is equally problematic. While cow manure is beneficial to plants, dogs’ carnivorous diets make their excrement toxic for plants, she explained.

The tree pit guards only go so far. Williamson said that education was the best way to discourage dog owners from letting their dogs relieve themselves in the tree pits.

“We found that people were picking up their dogs and putting them in the guards,” she lamented.

So, next up is a flyer-ing initiative. Williamson and her troop of volunteers plan to dot the streetscape with flyers informing residents of the dangers of dog excretion. The flyers will be designed by Williamson herself, and colored in by students at IS 52.

There is also a tree-tagging project on the backburner.

The tags will identify the trees, and what their specific needs are—whether it be 60 gallons of water in the winter to wash away the salt used to de-ice the roads, or fresh mulch.

The group is also hoping to build more guards; so far they have constructed four, which protect eight trees.

As befits this year’s official Tree Steward, Williamson said she delights in bringing the community together to tend to the trees as much as she enjoys witnessing the fruit of their efforts.

On Vermilyea Avenue, trees that lack the handmade barriers are thinner, with sparser foliage, while those that boast the protection are thick with branches and green with vitality. It is a result that takes time, effort and diligence.

“It’s a slow process,” said Williamson with a smile. “It’s all education.”

For more information on the Greening and Cleaning of Inwood, please visit http://bit.ly/IofZDJ. 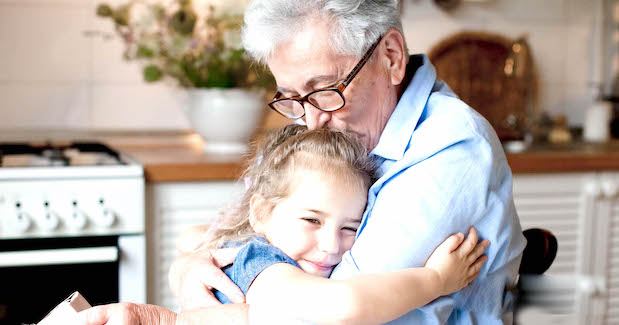